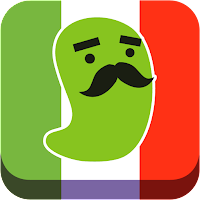 I was initially impressed with the colourful images, the sound bites of the vocabulary words, and the fast-paced and engaging games. However, the site promises "50 lessons" and I could find only four: Numbers, Body Parts, Introducing gender, and Foods: 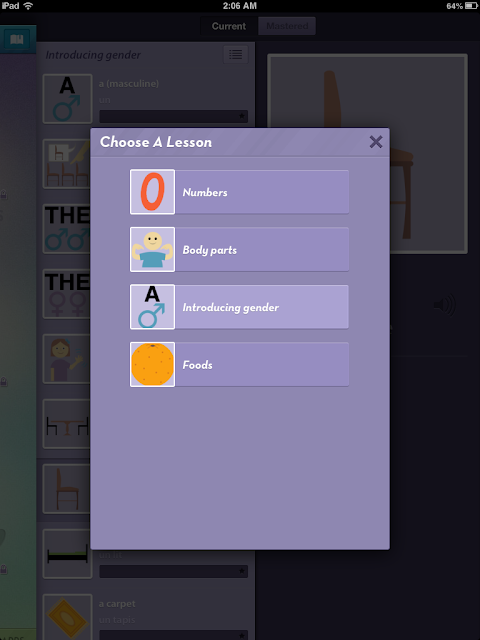 Each lesson only covers about 20 words of vocabulary, and the "Foods" lesson only has 9 words, for a total of 62 words.

I really like the way the words are taught with an audio and visual component. User can click on the words and listen to the proper pronunciation as many times as he wants. 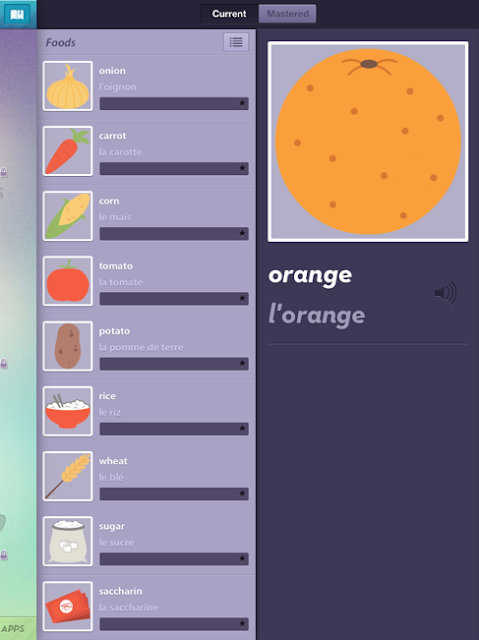 Initially, there are only two games to play, "Swell" and Belly": 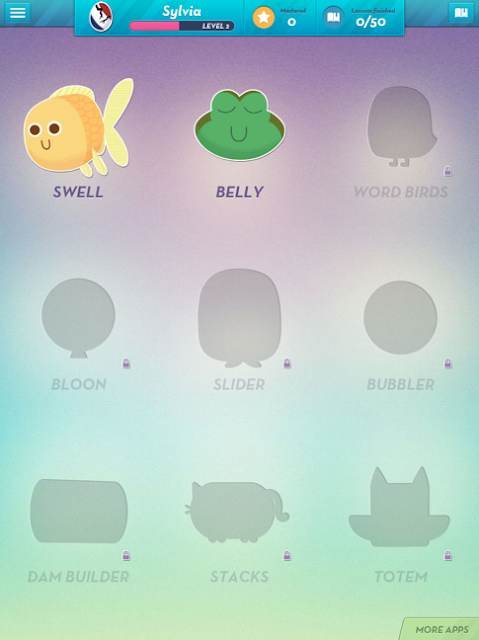 I didn't think much of "Swell's" game because it involved translating words with no images: 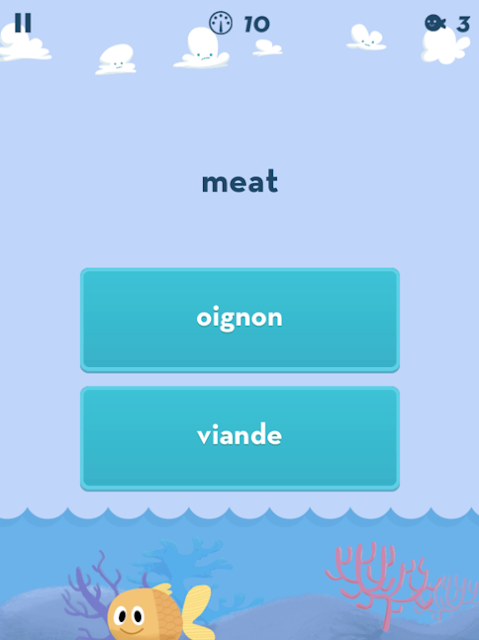 The problem with games that depend on English/French translation is that the player must have an excellent command of English which is not necessarily the case.

However, I did like "Belly's" game because there was an audio component that you had to match with an image and there was no translation involved: 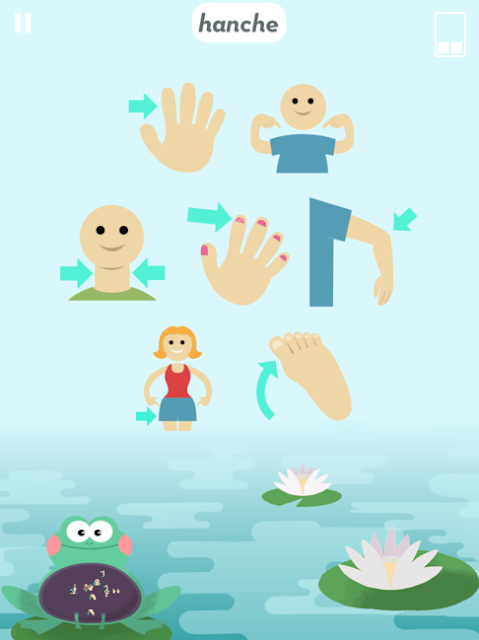 Another major problem I had with this app is that players need to go over and over the vocabulary a gazillion times in the two games before they get to the next level to play another game (see photo #4 above). I tired of the games before I even got to see any of the other levels. And I assume the other games will be working the same 62 words over and over again, but maybe not? Maybe there is more vocabulary after the first 2 games? I never found out because I had to quit because I was so bored.

Additional note: An email I sent to the developers to ask where the other 46 lessons were was not returned after 24 hours. (Late note: I received a very nice email the next day. Received confirmation that the other lessons are available once the initial levels are reached. Note: I would much prefer that all the lessons be available at the same time so that the user can pick and choose which vocabulary he wants to work with instead of getting bored with the same lessons over and over again. More games need to be available also at the beginning of the game to maintain interest).

Below is a quick video of this app:

Posted by Sylvia Duckworth at 2:47 PM