This app has the same impressive mechanics as its sister app, "French words for kids" which recently earned this 5 star review from me. However, there was one thing lacking from this app when I played with it today: accountability for the child. There is no tally or different levels of success to build on that the child can see as they play. It seems like it's just up to the child to try the different activities offered on the app. At least in "French words", there is a notification at the top of the screen for how many words the child has completed. In this app, there is nothing to motivate the child to keep on going. (Well, at least if there is such a motivator, I didn't see it.)

I had lots of fun playing with it, but it wasn't enough to keep me going once I tried all of the different activities.

This is the main menu: 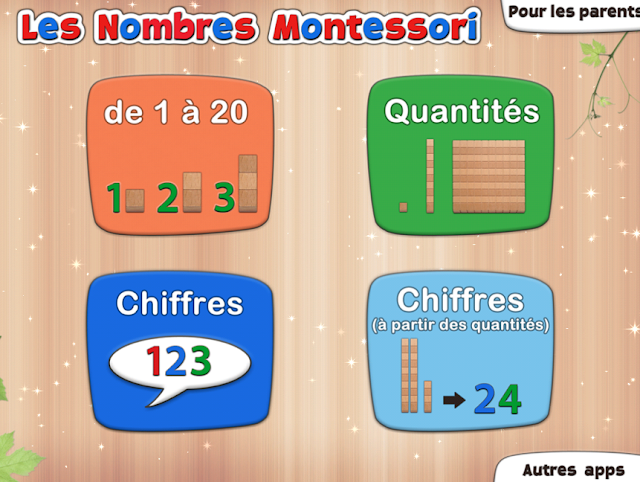 Like I said, the mechanics of this app are impressive. It's magical how the voice is activated when a number or group of numbers are touched. 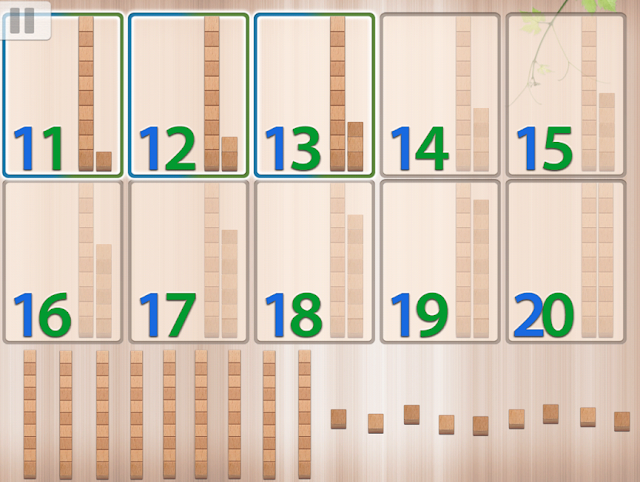 At the beginning, blocks of 10's and 1's are manipulated to match the numbers indicated. Later, blocks of 100 are added: 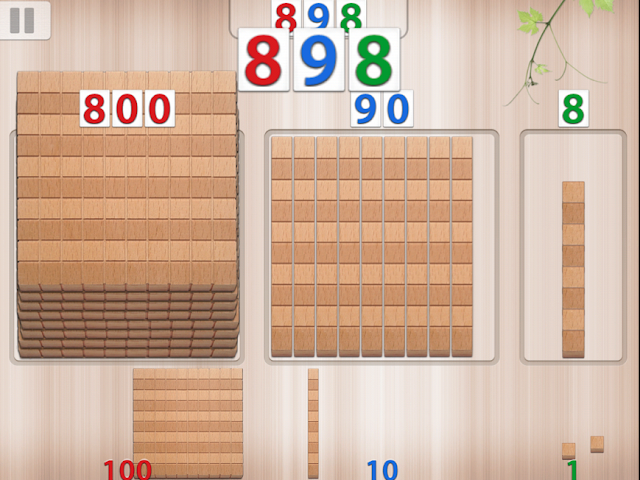 A fun feature is that you can change the block to different units: pearls, diamonds, cupcakes, flowers, or cars. 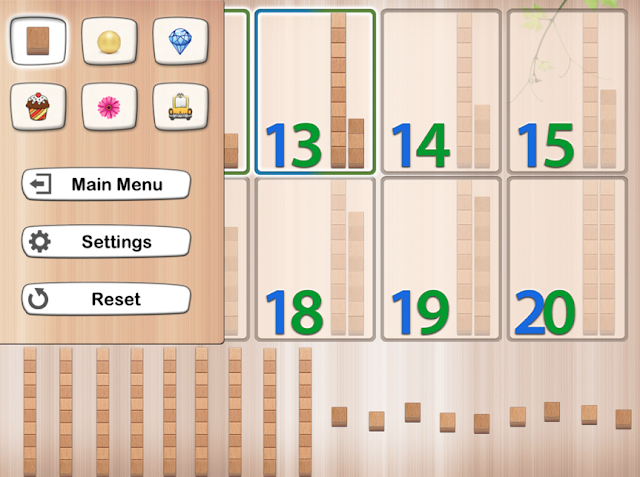 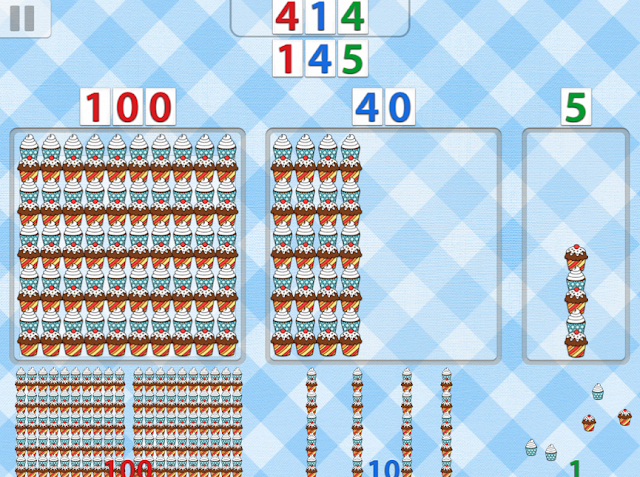 If the number is properly assembled, you get a "Building Game": 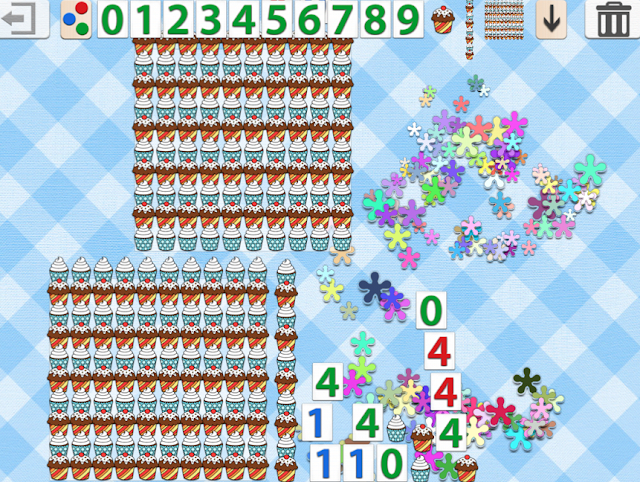 This is something I don't quite get. I'm not sure what you do on this screen. It seems to me like you just play with it. The images can slide back and forth when you tilt the iPad and there's some other cool stuff like sounds effects and playing with animations that appear (falling stars, flowers, balls, etc.) But it seems kind of pointless to me. It's quite possible I'm missing something here.

Anyways, I like this app, but without motivators to keep the user playing, I'm not sure about the durability of it. It seems like the only reward to accomplishing a task is to play with the "Building Game" screen, which I don't get anyways.

Below is a video of this app in action: